I was almost 11 years old when my brother was born. I’m the one of the three of us (me, middle sis, little bro) who has had the biggest health adventure (cancer) … at least until early March of 2012.

One of my favorite memories of my brother as a little boy centers on a few-week stretch of time in the spring of ’69 when he was almost six, and I was about to turn 17. We were living in Coronado, the island village in San Diego Bay, on Alameda Avenue. The kitchen breakfast nook had a window that looked out on the driveway, and mom had put up a hummingbird feeder on the eave next to the window looking to attract some of the flock of hummingbirds that make the island home.

We hit the daily double that year.

The window sill was about five inches wide. There was an ample source of food – the feeder. A hummingbird pair seeking a perfect nest placement couldn’t do any better than that. We saw the nest at breakfast one morning – a small, perfect bowl for tiny hummingbird eggs – and my brother was riveted. Every morning, he would literally leap out of bed, race to the kitchen, drag a chair toward the window, and look to see if the eggs had hatched.

One morning they had.

We watched the hummingbird mom feed her chicks, we watched her give them flying lessons – a nail-biter series, trust me – and then we watched them all fly off to start the cycle themselves. Fly, mate, hatch, fly.

That little boy is now a man, the father of three fine sons and a fierce and lovely daughter, and husband to a remarkable woman whom we’ve long been glad we convinced to join our family (it was a team effort). He has always been healthy, has stayed in good shape, has enjoyed everything life has thrown his way.

And he faced a huge, out-of-the-blue challenge in March of this year, just shy of his 49th birthday.

Coming home from a business trip in San Antonio, he had a seizure in the airport. By the time his wife could get to Texas, the diagnosis had been determined: benign meningioma. Benign = good.

When, three weeks to the day after that airport seizure, they sawed open his skull to remove the tumor that the neurosurgeon had tagged as “massive”, they faced what was then tagged a “nasty, bloody mess”, and subsequently revealed as something that would have killed him within six months had it not been discovered.

Yay for seizures in airports.

Several hours later, he was in recovery, where his wife reported he was sarcastic. The following day he added perky snarkiness. No cognitive impairment there – he’s always been funny, snarky, and sarcastic.

Another of us has joined the ranks of engaged customers of healthcare. He made notes on some improvements to the monitoring gear he had to juggle to and from the bathroom while he was in the ICU – he was ambulatory, but literally festooned with telemetry devices.

He sang the praises of the hospital’s care team. He even praised the food. And he left the hospital four days later. He’s on the road – not a short one, but not a marathon either – to recovery.

I don’t know about him, but now when I see a hummingbird, I’ll see the joy on a little boy’s face … and the lightness of being that is now within that little-boy-now-a-man’s spirit at having dodged a bullet. 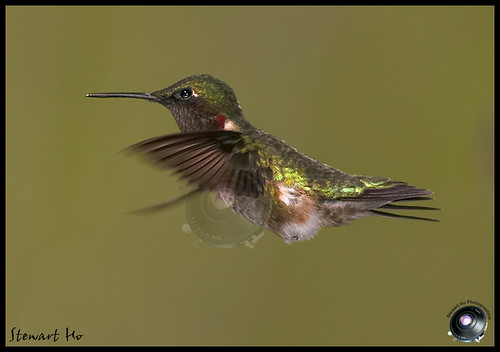 3 thoughts on “Lighten up. Take flight.”

Stalk me on social media!

You can find out more about which cookies we are using or switch them off in settings.

Strictly Necessary Cookie should be enabled at all times so that we can save your preferences for cookie settings.

If you disable this cookie, we will not be able to save your preferences. This means that every time you visit this website you will need to enable or disable cookies again.